As you may recall, SB 826, the California board gender diversity statute, is not the only California board diversity statute facing legal challenges.  In 2020, AB 979, California’s board diversity statute for “underrepresented communities,” patterned after the board gender diversity statute, was signed into law, and it too has been facing legal challenges—in fact litigation brought by the same plaintiffs on the same legal basis. (See this PubCo post.) Framed as a “taxpayer suit” much like Crest v. Padilla I, the sequel, Crest v. Padilla II, sought to enjoin Alex Padilla, the then-California Secretary of State, from expending taxpayer funds and taxpayer-financed resources to enforce or implement the law and a judgment declaring the diversity mandate to be unlawful in violation of the California constitution.  As Crest v. Padilla I is awaiting a court decision following a bench trial (see this PubCo post), what’s happening in the sequel? After a hearing on motions by both parties for summary judgment in March, the Los Angeles Superior Court took the matter under submission and, on April Fool’s Day, the Court issued its order.  But it was no joke—the Court granted plaintiff’s motion for summary judgment.  The state has not yet indicated whether it will appeal the decision. In a statement, the president of Judicial Watch, which represented the plaintiffs, said that “[t]his historic California court decision declared unconstitutional one of the most blatant and significant attacks in the modern era on constitutional prohibitions against discrimination.”

The law also required that, on or before specified dates, the Secretary of State publish various reports on its website documenting, among other things, the number of corporations in compliance with the bill’s provisions, the number that have moved their headquarters in or out of California and the number no longer publicly traded. The 2022 report, posted on March 1, showed that, out of 716 publicly held corporations listed on major exchanges that identified principal executive offices in California in their 2021 10-Ks, 301 companies reported being in compliance with the phase-one requirements of the 2020 law.  (See this PubCo post.) The legislation also authorized the imposition of fines for violations in the amounts of $100,000 for the first violation, and $300,000 for each subsequent violation. Failure to timely file board member information with the Secretary of State was also subject to a fine of $100,000. (Note, however, that no fines have been levied and no regulations have yet been adopted to implement provisions for the fines authorized under this law or even under SB 826, which was signed into law in 2018.)

In the litigation, the plaintiff taxpayers sued to enjoin the Secretary from “spending public funds on California’s race, ethnicity, sexual preference, and transgender quotas for boards of directors of publicly-traded corporations with their headquarters in California.”  They also sought a judgment declaring the diversity mandate to be unlawful in violation of the California constitution. The plaintiffs claimed standing as “taxpayers,” under “California’s common law taxpayer standing doctrine and Code of Civil Procedure Section 526a, which grants California taxpayers the right to sue government officials to prevent unlawful expenditures of taxpayer funds and taxpayer-financed resources.” They contend that, in so-called “taxpayer suits,” merely expending the time of a paid, public official in “performing illegal or unauthorized acts constitutes an unlawful use of funds that may be enjoined, [and] it is immaterial that the amount of the expenditure is small or that enjoining the illegal expenditure will permit a savings of tax funds.” Further, they alleged that, “[a]ccording to the Assembly Appropriations Committee, AB 979 ‘will result in ongoing costs in the hundreds of thousands of dollars to gather demographic information and compile a report on this data on its internet website.’”

The plaintiffs contended that “any expenditure of taxpayer funds or taxpayer-financed resources on AB 979 is illegal under the California Constitution.” More specifically, they asserted that the law’s “requirement that certain corporations appoint a specific number of directors based upon race, ethnicity, sexual preference, and transgender status is immediately suspect and presumptively invalid” under the equal protection provisions of the California Constitution and subject to “strict scrutiny” in the California courts. In support, the complaint cited the Senate Floor Analysis, which identified “potential constitutional issues posed by” AB 979, specifically that, “under the California Constitution, ‘a statute that draws a distinction based upon race or ethnicity in this fashion—whether remedial or punitive in intent—is suspect and only passes constitutional muster if it can meet the strict scrutiny test: that the statute is narrowly drawn to meet a compelling government interest.’ The analysis also stated, ‘the existence of general societal discrimination will not ordinarily satisfy the courts.’” On that basis, the complaint alleged that, “[b]ecause it classifies directors by virtue of their race, ethnicity, sexual preference, or transgender status, AB 979 can only be justified by a compelling governmental interest, and its use of race and ethnicity must be narrowly tailored to serve that compelling interest.”  However, the plaintiffs asserted, the Secretary of State “cannot make these difficult showings”; therefore, plaintiffs alleged, “AB 979 is unconstitutional and any expenditure of taxpayer funds or taxpayer-financed resources in furtherance of, ensuring compliance with, or otherwise effectuating the racial, ethnicity, sexual preference, and transgender quotas required by AB 979 is illegal.”

In support of their motion for summary judgment, plaintiffs argued similarly that the California constitution requires that “persons who are similarly situated with respect to a law’s legitimate purposes must be treated equally.” Plaintiffs contended that the law was presumptively unconstitutional and that the state bore the burden of satisfying “strict scrutiny”—showing not only that the state “has a compelling interest which justifies the law but that the distinctions drawn by the law are necessary to further its purpose.” What’s more, in contrast to “the equal protection clause, section 31 [of the California constitution] categorically prohibits discrimination and preferential treatment. Its literal language admits no ‘compelling state interest’ exception.”   Citing Connerly v. State Personnel Bd, plaintiffs argued that a  “classification based on race, ethnicity, sexual preference, or transgender status is immediately suspect for equal protection purposes where the persons subject to the classification are similarly situated.”  Here, they maintain, it was “indisputable that AB 979 employs the suspect classifications of race, ethnicity, sexual preference, and transgender status to differentiate between similarly situated persons—current and prospective members of a subject corporation’s board, all of whom are subject to the same process for selecting board members.”

In the absence of an explanation of its reasoning from the Court—at least none appears to be available yet—the hearing on the motions for summary judgment filed by both parties, held on March 14, may provide some insight into the Court’s decision.  Law 360 reported on the hearing, observing that the “judge appeared skeptical,… saying at a hearing… that the law seems ‘a bit arbitrary’ on which groups it chooses to help.”  Although the judge indicated that “he had not made up his mind on their dueling motions for summary judgment,” in the reporter’s view, the judge “aimed most of his critical questions at the state, which included why certain minority groups are included in the law while others…are not. ‘The group that is the “in” group, and the “out” group, it seems a bit arbitrary, frankly,’ the judge said.” For example, the judge reportedly asked “why Asians are included in A.B. 979 despite their wide economic success as a minority group.” The state’s counsel responded that it was “specifically because of their success that they are included, because that economic success has not translated to a high number of seats on corporate boards.”

According to the reporter, the judge also inquired about the adequacy of “the state’s statistical analysis of the racial makeup of corporate boards” for purposes of proving discrimination, “calling it a ‘tough sell.’”  The judge observed that state precedent requires a “narrow focus when taking overt actions to combat discrimination,” the reporter indicated, leading the judge to ask the question of whether the law was “narrowly tailored.” The article quotes the judge as follows: “‘In other words—I agree, quite frankly, I agree with the plaintiff. This is a quota by any other name, a rose by any other name…. it doesn’t say quota, but it’s a quota by any other name.’” According to the reporter, the state’s counsel responded that the law does not establish quotas because boards can “add new seats to accommodate the law’s requirements. ‘While you say it is a quota, it is not the same as a set number, it’s flexible,’”  she contended.

The article also indicated that the judge “quoted extensively from the Connerly decision,” observing that the decision seemed to be binding on the Court, including that “racial remedies” required support of discrimination beyond just a statistical analysis: “’It’s some help here when they talk about statistical analysis, because unless I missed something, that’s all there is,’” the judge commented. The state’s counsel responded, the article said, that “the Legislature did not only rely on statistical analysis of corporate boards, but on evidence of discrimination presented through testimony that also focused on the discrimination underrepresented groups face in rising through the corporate ranks before they are even in a position to be a candidate for a board seat.”  According to the article, plaintiffs’ counsel contended that the law was “too general” and did “not try other means of fighting supposed discrimination at the board level ‘before embarking on a program that utilizes racial classifications’ as the Connerly ruling requires.”  He questioned “why the Legislature didn’t encourage the state to bring lawsuits against some corporations before it enacted A.B. 979. ‘Why wasn’t there one lawsuit filed to stop the discrimination at the corporate board selection process?’” plaintiffs’ counsel asked, according to the reporter. ‘They don’t have that evidence.’” 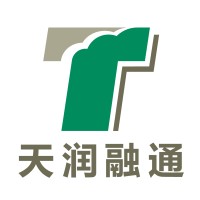 GOGOX on its HK$675 Million IPO

The Clorox Company on its $1.1 Billion Unsecured Senior Notes Offering

CinCor Pharma on its $212 Million IPO 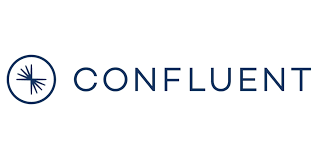 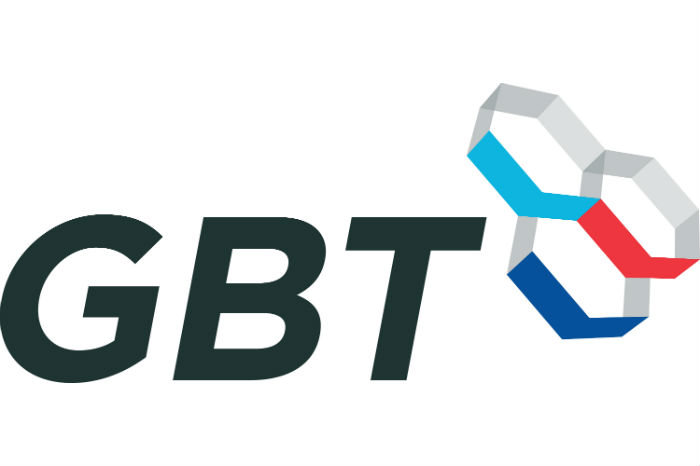 CapitalXchange® is a registered service mark of Cooley LLP.

This blog is provided for general informational purposes only and no attorney-client relationship with the law firm Cooley LLP and Cooley (UK) LLP is created with you when you use the blog. By using the blog, you agree that the information on this blog does not constitute legal or other professional advice. Do not send any confidential information through the blog or by email to Cooley LLP and Cooley (UK) LLP, neither of whom will have any duty to keep it confidential. The blog is not a substitute for obtaining legal advice from a qualified attorney licensed in your state. The information on the blog may be changed without notice and is not guaranteed to be complete, correct or up-to-date, and may not reflect the most current legal developments. The opinions expressed on the blog are the opinions of the authors only and not those of Cooley LLP and Cooley (UK) LLP.